Born and raised in Austin, Texas, I graduated from Lamar University with a Bachelor's Degree in Marketing in 1999. In 2006, I started New Creations and I am most proud to say we have earned 158 Five-Star Client Testimonials.


You’ve been looking at kitchen pictures, one after another, to see what you’d like to infuse in your own remodel. But the more you look, the more they all start to look the same. What if you want to step outside the box and do something unique?

More and more homeowners feel the same way, and that’s why we’ve seen a surge in steampunk kitchens among our Austin home remodel projects. If you aren’t familiar with the steam punk style or you’re struggling to picture it in your kitchen, let’s take a closer look.

In its original form, steampunk is a genre of science fiction and science fantasy. A steampunk story, whether it’s a book, movie, or TV show, takes place in the era of steam-powered technology in the 19th century.

This genre tends to focus on the mechanical elements of the era, alongside the period-specific setting and aesthetics. For example, The Time Machine and many other works by HG Wells would fall into the steampunk genre.

How Does Steampunk Translate to Kitchen Design?

How did we get from a literary genre to an interior design style? Fans of steampunk have implemented the aesthetics of steampunk into their daily lives. From fashion to kitchens, they’re inspired by steam-powered technology and an edgy twist on the “wild west” look.

In interior design, there are certain elements that give a room a steam punk style. You might include upcycled versions of old technology into the room like steam engines. You can also use industrial-looking pipes, gears, and rivets, as well as antique light bulbs.

Steam punk also includes many brown tones, which mirrors the sepia tone you often see in steampunk photos and movies. The style incorporates a mixture of certain metals and materials too, like copper, brass, iron, wood, glass, and leather.
For a clearer picture, check out the recent steampunk kitchen remodel we completed in Great Hills. The kitchen features a variety of steampunk elements which come together to create the feel of a 19th-century kitchen in a modern setting. 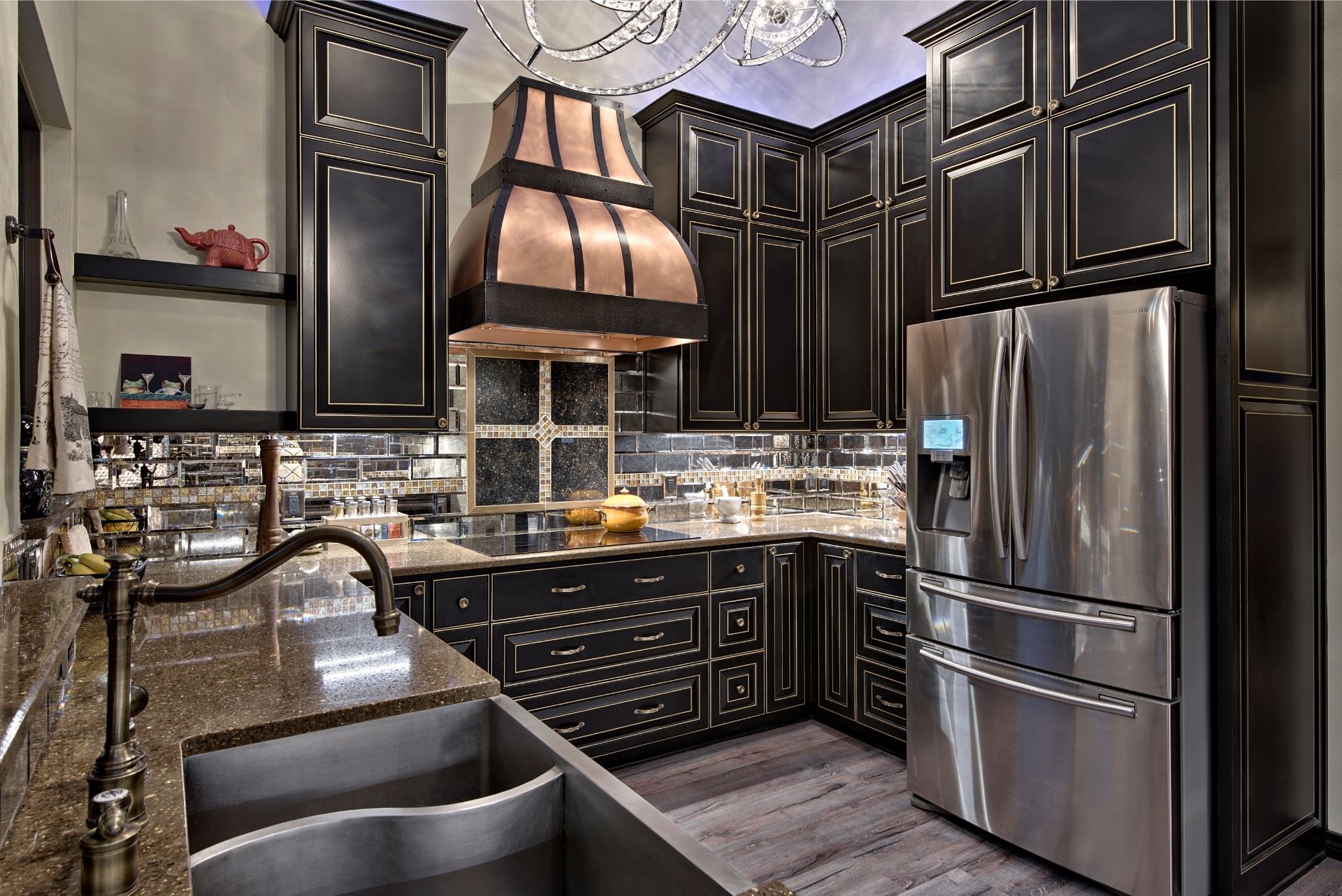 Why the Sudden Rise in Steampunk Kitchens?

Other than the simple fact that they look fantastic, why have we seen a rise in steampunk kitchens lately? There are several potential reasons.

Popularity of the Steampunk Style

The steampunk style has been around for decades, but like any style, it has ups and downs in popularity. The style has been growing lately, especially as people look for an imaginary escape from our screen-heavy world. Fashion, visual arts, interior design, and other art forms are all seeing this shift toward the steampunk blend of mechanical technology and fantasy.

There are countless styles and looks you can build within today’s kitchen styles. Those options simply aren’t the right choice for every home, though. Today’s homeowners are more comfortable branching out and doing something different when it fits their style.

For homeowners who are bored with the typical kitchens and want to do something different, steampunk is a popular choice. It’s a unique style you won’t see everywhere and it can make their kitchen truly feel like it belongs to them. 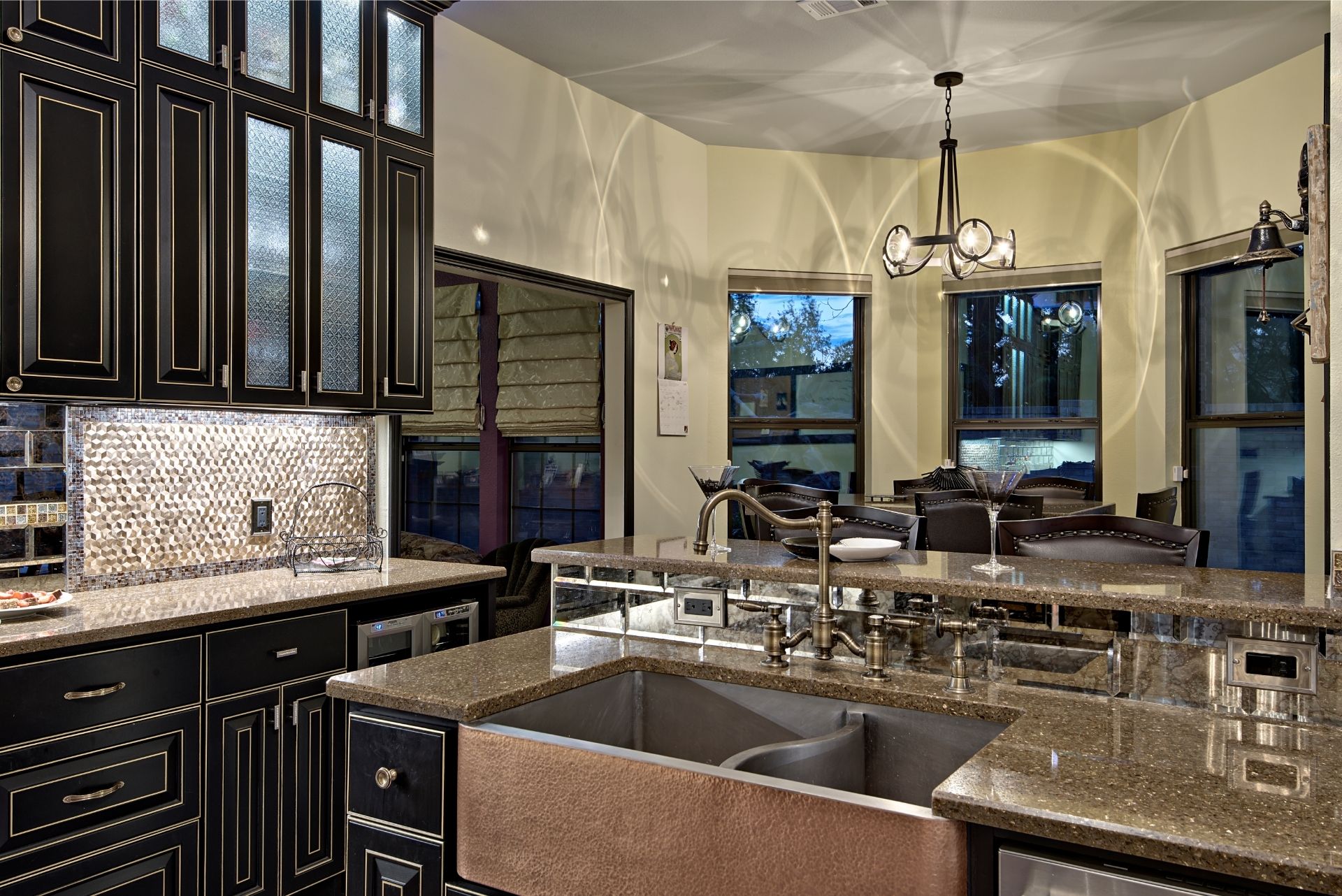 As an art genre, steampunk is growing in popularity. It seems as if every time a steampunk movie or TV show is released, steampunk surges even more.

This has been happening ever since the 2002 movie The Time Machine. The multiple Sherlock Holmes movies and shows of the past decade have added fuel to the fire as well, capturing the aesthetic look of steampunk. For people who love these types of stories, it makes sense why they’d want to be surrounded by the same look and feel in their homes.

Steampunk is more than a cosmetic look. It’s a segment of pop culture that resonates with people of all ages. It’s the desire to go back in time (at least in some ways) and escape the modern chaos that surrounds us today.

Steampunk culture is a way for some people to define themselves and find their niche within society. It’s not surprising that when they’re allured by this niche, they want their homes to match.

Products and Design Elements for Your Steam Punk Kitchen

You’ve fallen in love with the idea of steampunk kitchens for your Austin home remodel already, but how do you make it happen? Every kitchen is unique, but to get you started, these are a few of the most “steam punk-esque” pieces we used in the Great Hills kitchen. 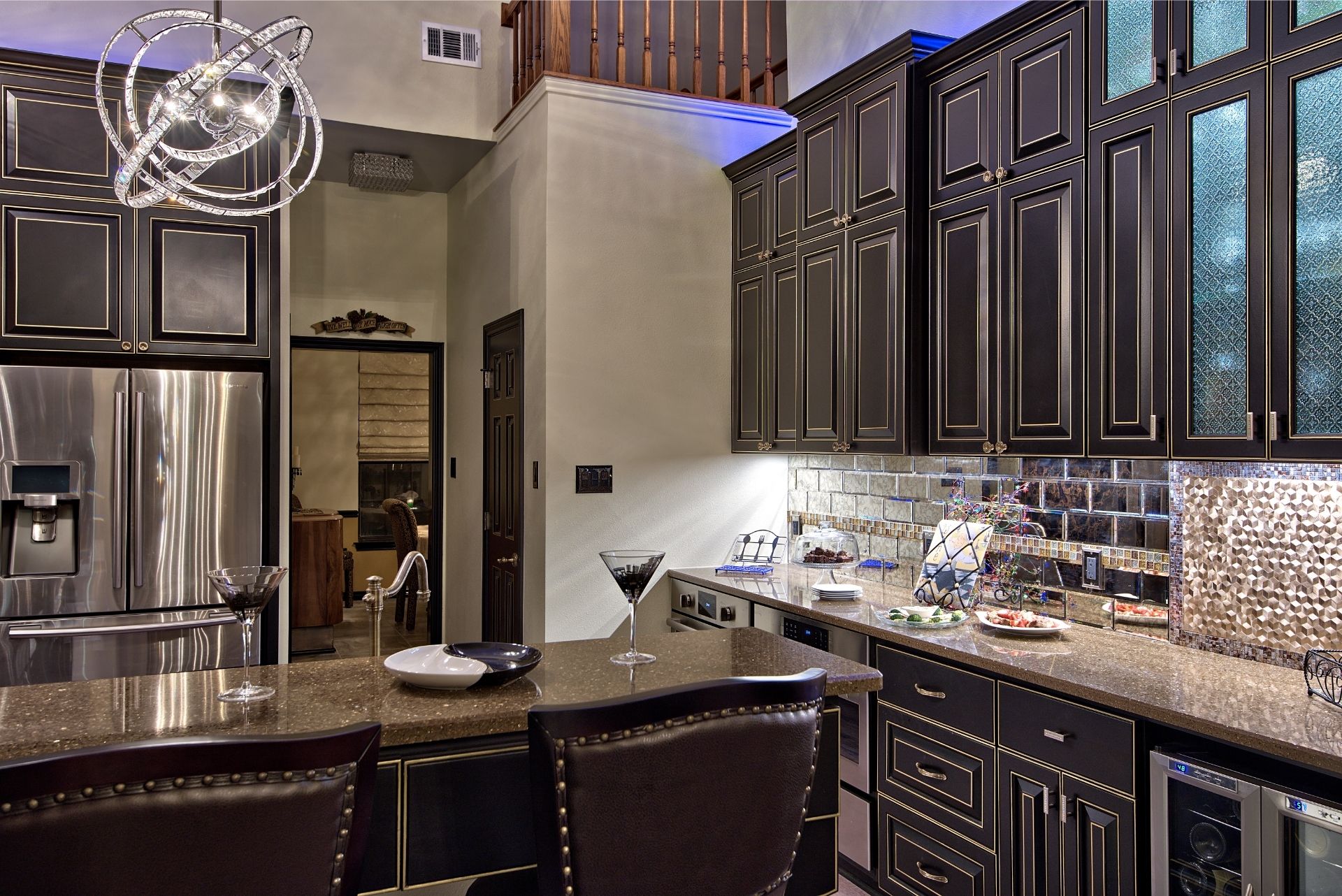 The cabinets in our steampunk kitchen are the first feature that most people notice. We used a black cabinet with iridescent gold details, specifically gold lining the raised shaker panel on each cabinet. This matched the metallic and mechanic look of steampunk while giving the kitchen more of a luxury feel.

The antique mirror backsplash is one of the most unique elements in the kitchen. It’s tiled in a brick-like shape, but with antiqued edges so it looks authentically aged. These mirror tiles also have a brown tint, capturing the signature sepia tone of steampunk.  incorporate into your Austin home remodel. To learn more about steampunk kitchens, living rooms, bedrooms, and more, contact our renovation specialists today. 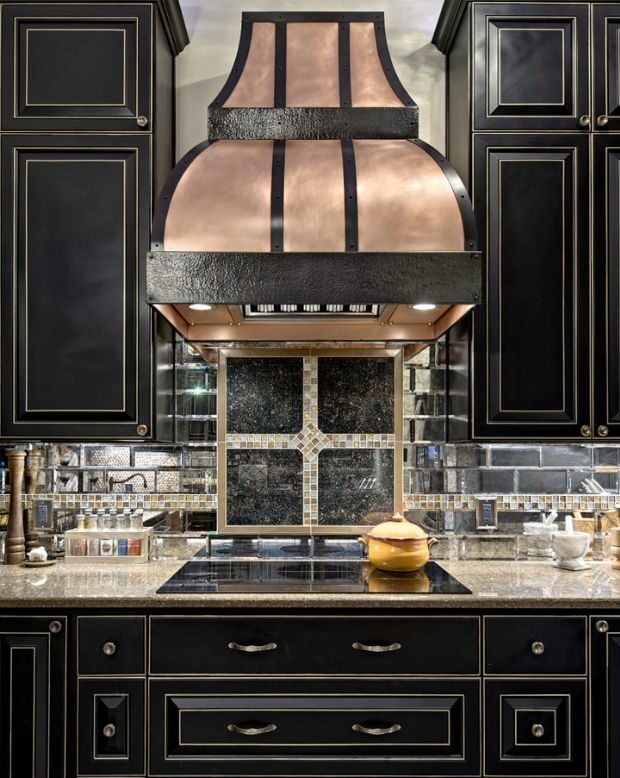 The copper vent hood is one of the most stunning and steampunk-like features of the entire kitchen. It’s a custom build hood meant to capture the unique look our clients wanted. Between the hood’s size, style, and copper sheen, it ties together the entire room.

Your home should match your style and your personality to a tee. If the steampunk look resonates with you, it’s the perfect style to incorporate into your Austin home remodel. To learn more about steampunk kitchens, living rooms, bedrooms, and more, contact our renovation specialists today. 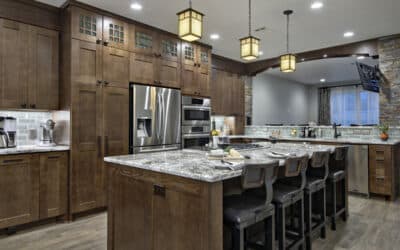 From granite to quartz, kitchen countertops deliver on aesthetic appeal and exceptional performance After kitchen cabinets, the feature that... 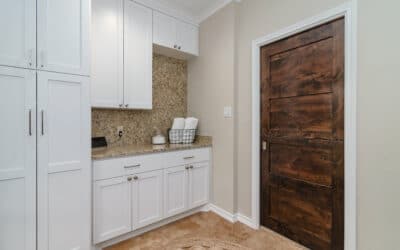 7 Home Renovation and Remodeling Trends for 2023 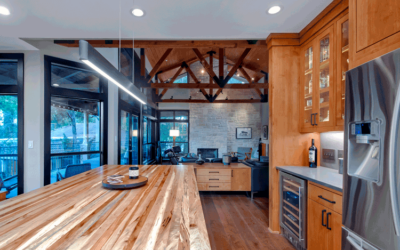 6 Reasons to Consider Whole-House Remodeling in Austin Long before you lose yourself in tile options and paint colors, there’s an important choice...

Join our mailing list for FREE GIVEAWAYS and to receive the latest news and updates from our team.

You have Successfully Subscribed!